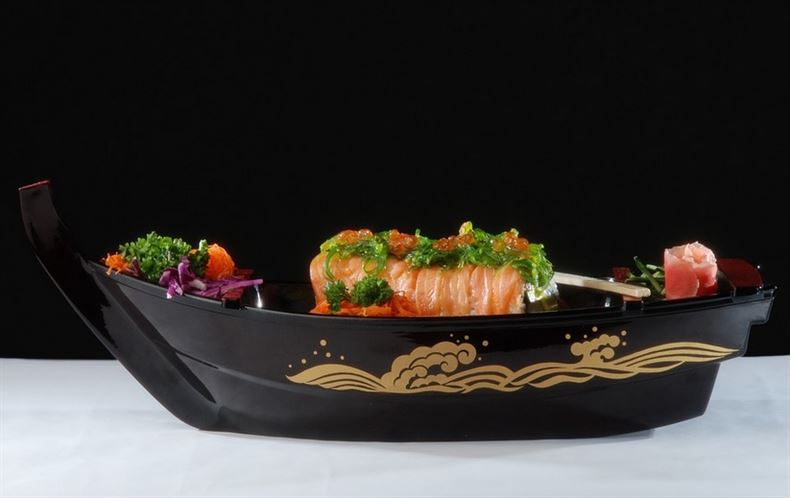 Let’s just suppose, for the sake of the story, the name of the Asian restaurant is “The Royal Garden” and the name of its owner is Jinmu, who is of indeterminable age, average height, slim, quick of steps, keen of mind.

It’s a popular restaurant. The interior is decorated with a fish tank, a bamboo screen, and a huge painting of a heavenly feast hosted by one of the thousand deities of Asiatic origin. The waiters and waitresses wear showy silk like outfits with exotic patterns to symbolize an imagined high status of a faraway land.

Here Pammy, her husband Pan, and their son Sam, come for their feast of the Labor Day holiday. Sam is a little glum since the school year is starting and his carefree days are about to be over.

Small businesses, especially restaurants, come and go quickly in New Jersey–80 to 90% of them go busted in the first three years. However “The Royal Garden” has endured for more than three decades–its popularity shows no sign of dwindling. Even the pandemic hasn’t made a dent on its good performance. If anything, it has made it more sought after when more than half of other Asian restaurants have gone out of business.

Since Pammy and her husband Pan take delight in their daily exchange of argument, they soon find themselves in debate again after the food is ordered. Sam is duly told not to engage with his cell phone during dinner, for which he only raises his languid eyes for a second before going back to his texting again, while pointing out “the dinner hasn’t started yet”.

“What do you think? Jinmu must make a pretty buck out of this place.”

“If the owners don’t waste any money on …”

“That’s true. Armei just spent thousands of dollars on cosmetic surgery and she still looks exactly the same as before. What a waste. She might as well use the fund at home. She doesn’t even turn on the air conditioning unless it’s over 90 degrees, just to save a penny.” Pammy says.

“It is said almost all restaurant people gamble. Owners especially. Whatever they’ve saved would be gambled away anyway.” Pan says.

“Gambling is not too bad if you can exercise a bit of control and learn a little strategy. Tell you what, without gambling, I would have never become who I am today.” Jinmu suddenly emerges, seemingly out of nowhere. Pan and Pammy feel a little awkward since it’s obvious that the owner has been listening to their conversation.

Then Jinmu sits down and tells his story. Forty years ago he arrived in New York with only $50 in his pocket. Pammy almost rolls her eyes on hearing this. Every immigrant has a $50 arrival story. One wonders why? Shouldn’t the amount vary from story to story? No. It’s all $50, not one penny less, not one penny more. Anyway, to be on the polite side, Pammy keeps on smiling. So Jinmu continues.

He didn’t know anybody. He wondered in the city and finally as a typical Asian newcomer he came to Canal Street, where a bus driver was soliciting passengers to go to Atlantic City–the trip was free and everybody was also given $10 gambling chips. Jinmu knew a few gambling tricks and so he went.

“There I met my wife, who was trying to drown her sorrow at the roulette table because her fiance had run away with somebody else. She tried to throw away all the money she had saved and jump into the Atlantic Ocean. I taught her to stay away from Russian roulette and go for black jack, where if one stops while winning, one wouldn’t lose so much. The next thing I knew, we got married. We used the money she saved to start a little food stall. Now you know gambling really saved my life and hers too.”