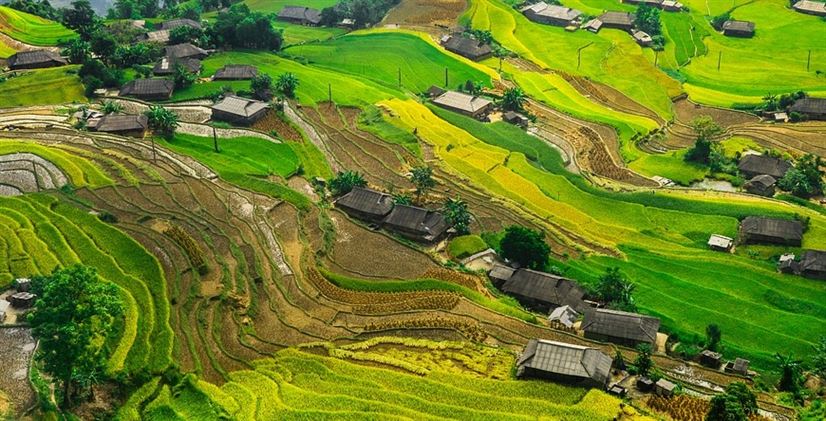 My great aunt Zu, my grandfather’s eldest sister, had long been dead before I was born. Even my father had never met her. However her story has a longevity nobody had expected. My father enjoyed talking about her. Somehow I suspected that he did this for my benefit–the moral of his story is that aunt Zu’s cleverness (or women’s cleverness in general) is a liability rather than an asset, although he would never say straightforwardly like that. Making his opinion so obvious is uncool and even uncivilized. His gentle conservative style would not allow him to attempt such a breach. He just told the story, repeatedly, so that I could figure it out for myself.

Zu was much older than my grandfather since she was the first child of my great grandfather, who was a principal occupant of the village they lived in. It’s a typical extended family living together in connected houses. In those days, each village had its own little school for eligible local boys. It’s not really a school, but rather one or two big rooms in the houses of the principal landlord’s home, where local boys went in to read, write and memorize poems for several hours a day. In big cities, western schools were already a fashion, which taught science and other subjects, but in remote villages there were only traditional schools, teaching nothing but reading and writing of ancient texts. Since the classroom was in Zu’s father’s house, Zu often sat on a little stool outside of the classroom to do her embroidery or make shoes. In those days in the remote village, there’s almost no commerce. Everything was handmade, including shoes. All the ladies, old or young, rich or poor, were engaged in making and mending clothes and shoes.

Nobody paid any attention to Zu, who was sitting outside of the classroom busying with her knitting work. However soon it transpired that she was also listening to the lectures inside the classroom. A boy who’s lazy and unpromising suddenly became a star student in the village. The teacher went investigating and found that Zu was helping him with his homework and giving him extra tutoring before exams, in exchange for money. Further probing revealed that Zu had been helping other students too, who were clever at making their improvement gradual to avoid attracting the teacher’s suspicion. In a provincial village without much news, this suddenly became a scandal. A lot of traditional values were violated here, from a woman being educated to a woman earning money.

My great grandfather swiftly put Zu’s little enterprise to an end. Since the family’s honor took a direct hit, he also had to host a big party to apologize for Zu’s sin and rehabilitate the family’s reputation, on which everybody got drunk and sang noisy songs about forgiveness. Zu was sent to a relative’s home to reflect on her wrongdoings until the little storm died down and the villagers forgot about the shameful incident.

My great grandfather had another purpose in mind. Zu was fifteen and he wanted to marry her off as soon as he could to avoid any other troubles down the line. Zu was obviously too clever for her own good and there’s no telling what kind of disaster she might cause later. This relative, living in Fanville (meaning more than half of the people’s last name is Fan), a better village than my great grandfather’s, promised my great grandfather to find a best match for Zu among the local eligible young men. At the time it was a tradition that people should not marry people from the same village or from the same last name.

Six months later, Zu came back. On the surface, she changed her ways but there were always rumors that she’s still carrying on with her little tutoring business in secrecy. She received mysterious letters in mail and packages from couriers. My great grandfather was a lay back person who would not raise alarm unless it was absolutely necessary. So he let it pass. Months and years passed, but Zu couldn’t be married off. Nine years passed quickly and Zu reached the grand old age of 25 and still lived in her father’s house. It was rumored that she was so clever that she frightened off her suitors; she secretly sabotaged all the plans of getting married off so that she could run a secret business of an unknown nature.

Finally my great grandfather had to put his foot down and gave Zu an ultimatum. An old eccentric man who kept albino monkeys and albino deer in a nearby village just lost his wife to childbirth and in need of a wife. Zu pleaded for time but he would only give her 24 hours to consider. The next morning, the villagers woke up to the dreadful news that Zu had run away, together with some of my great grandmother’s jewelry and several rare books my great grandfather cherished. A day later, the relative from Fanville came to tell the story that a young man, nicknamed Fanfan, disappeared at the time Zu ran away and left a letter to his mother. Fanfan was from an impoverished scholarly family. He and his mother survived on other villagers’ charities and he did seasonal work for a living. Apparently he eloped with Zu. In the letter, it is said the two ran away to join the revolutionary forces, which my great grandfather called “bandits” or “outlaws”.

Published one year ago and modified one week ago.