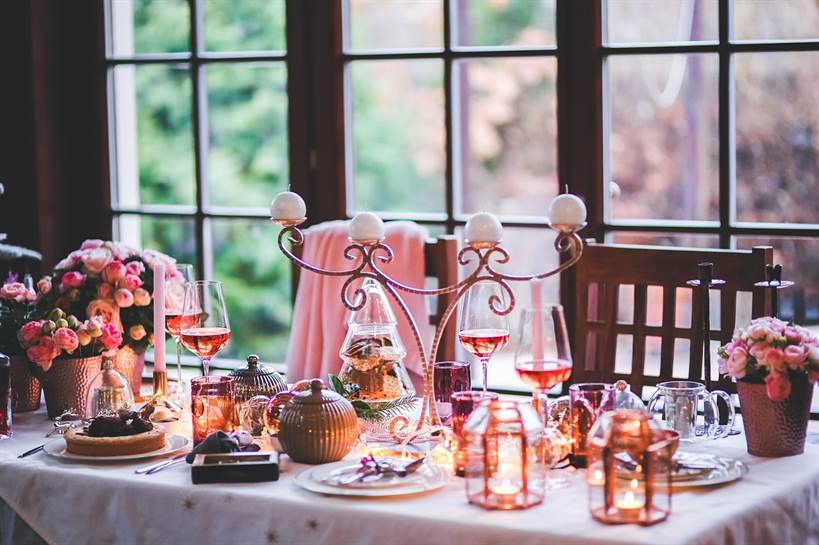 Image by Karolina Grabowska from Pixabay

There are several Thanksgiving stories I can write. I haven’t formed them in completion yet, but the contents are already there, except an interesting ending. Often there are so much time spent on ending while other parts of a story are not getting enough attention.

Chef Yung of “Asian Palace” was scheduled to get married on Thanksgiving day, which is the only day of the year that he and his girlfriend Yaya, a waitress working in the same restaurant, don’t have to work.

Ten years prior, Chef Yung was Boss Yung who owned “Bamboo Palace”, together with his wife Shala. The business was thriving, so did Boss Yung’s gambling habit, which grew on him. Even when the business was slow, he would continue to drive to Mohegan Sun or Atlantic City each Sunday night after the patrons in the restaurant started to thin out. He would come back 24 or 36 hours later, un-shaved, un-showered, reeking cigarette smell, his clothes sweaty but his eyes shining like somebody rejuvenated or reborn. His friend Mung would lend money to him when he’s tight. One day, Boss Yung lost big in Atlantic City and Mung as usual offered his helping hand. When Boss Yung drove back to his restaurant on Tuesday morning, Mung came to see him. It transpired that Mung and Chef Yung’s wife Shala had been having an affair. Taking advantage of Boss Yung’s loss, Mung supplanted Yung in the restaurant as well as at home.

It takes Chef Yung ten years to regain his footing and to settle down with his Yaya, but he is patient. Now he wants his revenge. Yaya tells him to let bygone be bygone, but Yung is stubborn. When he sets his eyes on something, he is obsessed…

A Father And His Three Sons

Stories like “King Lear” happen again and again and one happens in Central Jersey. Let’s just call the central figure of our story Ti, who has three sons and ten stores all over New Jersey. He came to America about 40 years ago and he was not penniless as a typical hero of a typical story like this one. He grew up as a penniless farmer on an island of Asia, but the land reform in the 1980s instantly made him some money. He had a distant relative living in New Jersey at the time, and that’s where he wanted to go. He sold his land, pocketed the money, and boarded an airplane. Although he didn’t have much education, he knew the value of hard work and relentless saving. And that’s what he has been doing for forty long years–the complete self denial to the point of total savagery toward himself. His family members and people who come into contact with him also suffer from his ferocity and his parsimony in varying degrees. People call him contemptible nicknames and consider him a Scrooge (by Charles Dickens) like figure, but he doesn’t care.

At a Thanksgiving dinner party when he’s 60 years old, he unexpectedly discovers a brief affair his wife had with one of his cousins in their hometown 40 years ago. His wife was left behind with their first born son when he first came to America. They separated for five years before getting reunited. The discovery sends Ti into a frenzy–he considers it such a shame to him that he wants to punish her severely. Forgiveness is not in his vocabulary. She could have fought back, but she didn’t. Like many women who spend their whole life believing in their husband, she believes that he will take care of her.

I am still thinking about the plot and the rest of the story will be like this: Ti gets a divorce, and calls his three sons to a King Lear kind of meeting. He also has a daughter, but he never considers her as a deserving offspring. He gives his stores and his two houses to the two ingratiating sons and strips the third son’s inheritance because he utters some honest opinion about his mother, like “you should forgive her.”

Ti goes back to Asia, spends all his money on gambling and girls. When he comes back, penniless, his two sons refuse to help him.

This is a true story and the fight is really fierce–mentally and physically. And it culminates in a big kitchen fight.

Life Of A Salesman

This is a real salesman and the story is fashioned after four stories I really like. Don’t know if I can pull it off.