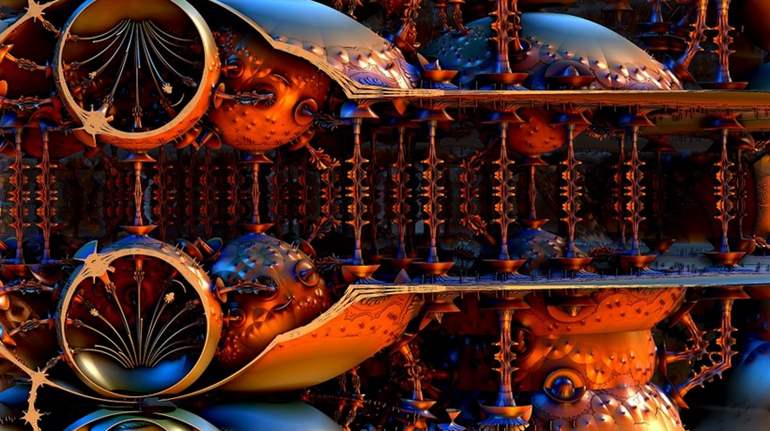 Image by Pete Linforth from Pixabay

This is a sequel to the previous story “Who’s More Suitable” here. However there’s no need to go to the link if you review the following background. It is based on a true story.

Every fall, Ivy and her husband Tom Tsai, the owners of Ivy Training Center in Edison, New Jersey, will host a series of free seminars, for which speakers are invited to give speeches on various topics including education, interview skills, job trends, ESL (ESL stands for English As Second Language) etc. Ostensibly they are to serve the Asian immigrant community, but in reality they are the promotional events to help generate business leads and increase the business volume for the training center. This year, Ivy invited Kit Sung, an award winning mathematician, to come to give a speech on his successful career.

“Look, there’s a picture of Kit Sung. He won the prestigious math award for his breakthrough research on prime numbers. I invited him to give a lecture this weekend. He’s such a sought after figure now. I don’t know him, but luckily I have a gynecologist who’s an organizer of fundraising parties for Asian American politicians. She knows him and she owes me a favor. It’s going to be a great event. The audience will love him.” Ivy says excitedly, showing people the community newspaper.

“Wow, Kit Sung. Let me see. Wait a minute. He looks like the waiter we had a big quarrel with in ‘The Bamboo Garden’ a year ago during our pre-Christmas lunch. Remember. You, your husband Tom, Lulan, Cindy, and me. Our training center. Every one of us was there.” Anu says to Ivy.

“Oh, my goodness. It’s him. The same person. How can this be? I thought he must be a professor in a university? How can he moonlight in a restaurant as a waiter?” Lulan says in a surprising tone after reviewing the paper with her myopic eyes.

Ivy is also shocked. She doesn’t know Kit Sung and has no idea what he looks like. Her memory is so bad nowadays she forgets what the waiter looks like from a year ago. “I don’t believe this. Let me call my gynecologist. She will tell me that Kit Sung is a famous professor who would never work as a lowly waiter in a lowly Asian restaurant.”

Ivy calls her gynecologist to make inquires. To her surprise, her gynecologist confirms that Kit Sung did work in “Bamboo Garden”, Subway sandwich shop, MacDonald. After graduate school, he couldn’t get an academic job. For twenty years, he works odd jobs, for which he prefers restaurants which provide employees with free meals. After his prime number paper was accepted by a prestigious journal several months ago, he’s provided a fellowship and a research grant by Columbia University.”

“What can we do? He is going to say bad things about Ivy Training Center when he comes. I remember our fight at the restaurant–it was rather bad. He was such a bad waiter and he looked so sulky and unpleasant. He got our orders wrong and took our plates away before the plates were empty. He even miscalculated our bill. And he’s a mathematician? I can’t believe this.” Lulan and Anu can remember all the details, but Ivy can’t remember much except there was a fight.

“Maybe his mind was not there. He was doing his prime number calculation while pretending to be a waiter.”

The speech cannot be cancelled and it feels like watching a train wreck that is about to happen.

On Saturday, Ivy warns everybody to use “professor” to address Kit Sung no matter what kind of position he holds in Columbia University. He comes on time. To Ivy’s infinite relief, he doesn’t seem to recognize his former enemies from Ivy Training Center. The reason for his reduced cognitive capability is too obvious to be ignored–he is a little drunk, but not too drunk to lose the ability to give lectures. Actually he is full of enthusiasm for this lecture, for which lay people rather than academics are his audience. “I have new material for my audience, much better than any lectures I gave before.” He claims.

After her first worry is relinquished by Kit Sung’s inebriation, Ivy starts to worry that the audience would shoo him off the podium and call him a drunkard. None of the staff of the Ivy Training Center is allowed to sit down to listen to his lecture since prolonged exposure in front of Kit Sung might trigger his recognition of their face and reignite the memory of their restaurant battle. So they all stay outside, not far from the door, and listen, wishing that nothing bad is going to happen. About ten minutes into the lecture, there’s a loud laugh and an applause. And the audience continues to laugh and applause sporadically.

Ivy is so curious that she pushes the door ajar to let the sound to come out. To her surprise, Kit Sung is not talking about his math pursuit or his career trajectory, but rather he’s talking about his experience in Atlantic City the day before, when he used probability on blackjack and video poker.