My true self is very interested in useless activities, like endless chatting, binge watching, reading aimlessly online, and indulging in a fantasized nostalgia. If I practice being myself, I will never get anything done. My healthy existence is dependent on me staying away from my true self.

If I were a bird, I would be chirping all day; if I were an ancient human living in a tree house, I would be talking with my neighbor perching on the adjacent tree all day long. I am actually an introvert, not an extrovert. Strangely, I enjoy long chat. I remember my long chat with R, the Sri Lanka lady who’s my roommate many years ago when we were in school. We talked and talked. She’s very skilled in expressing her opinions and pointing out my ignorance, without me feeling inadequate or injured. When we both had time, we talked whole night. I learned more from her than from anybody else, teachers and professors included. 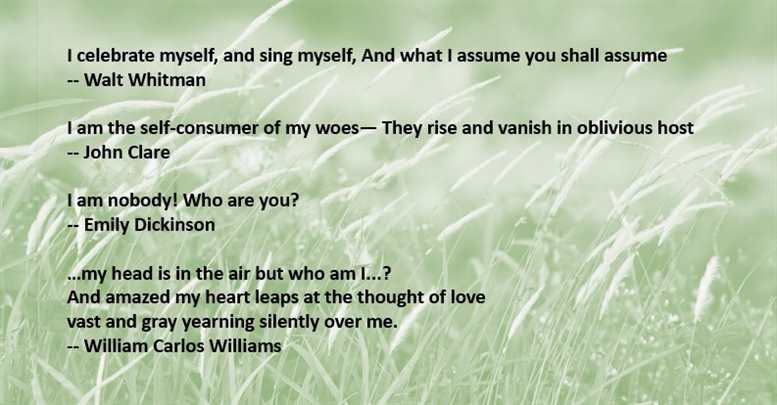 I almost died of total exhaustion watching Dae Jang Geum, a Korean show about a chef and herbalist at the end of 15th century. Like many of my fellow sufferers, I can’t resist TV shows, like a cat being powerless to catnip. The Korean Wave almost killed me through obsessive watching and doing nothing else. For an entire week and half, I felt like a zombie or a ghost, who only “traveled” to the refrigerator and bathroom, whose eyes glued to the screen until fatigue sent me to sleep as if I fainted. During this time, I relinquished all my responsibilities, which includes projects, appointments, editing, tutoring, grocery shopping, and even daily shower.

So my life has been an endless struggle between “being yourself” and “not being yourself”. And often the entire effort is put on driving yourself away from that chatty, dreaming, binge watching self. Only in certain occasions, for example during holiday seasons, the true self is let loose to indulge in its own whims. Once the holiday is over, the discipline is reinstated and life is back on the supposed track.

So what to do? Do I have to go back to the chatty, rambling, babbling, voluble, dreamy, aimless person that I’ve worked so hard to repress? So far it has been a struggle to keep the balance and it is barely functioning– often the wish for control and the wish for incessant prattling alternate with each other. Whenever the imbalance happens, frustration and self doubt would rush in.