I’ve been struggling with managing my time for years, but still I am no expert. I know that when several things happen at once, I will be exposing my incapacity at multi-tasking; if there’s a need for prioritization, I will not be able to meet the demand due to my imperfect judgement and evaluation; I’m often distracted by trivial things happening in life, which hamper my power of concentration. I am deeply flawed and will continue to be this way.

The only thing I’ve learned through my endless wrestling with time is how to live and function, knowing the way I am and the habits I have. I can’t just apply other people’s time management method on myself. I tried many times, but each time it ends up in failure. I tried to use an organizer to plan every minute of my waking time: 20 minutes on this, 1 hour on that, 2 hours for something else. After a while I felt weird and couldn’t continue. I thought if I were consistent, I could get over the initial discomfort of the new time management regime, but that didn’t happen. The strange feeling persisted and my productivity didn’t improve–rather it decreases.

Another downside of this rigorous time planning is that at the designated hours for writing a particular piece, I couldn’t push myself to do it–I was just not in the mood. My mind turned blank. To cave in to my disciplinary demand, I wrote but my writing felt so forced and unnatural that I had to throw it away. I guess other people can do it–making a schedule and pushing themselves to adhere to it–but I can’t. The only thing I can do is to make a loose timeline, in which I have plenty of flexibility to arrange and rearrange to fit the mood of the day.

Another thing I’ve learned is that whenever ideas rush to my mind, I need to seize the moment. If I am cooking, I have to drop the cooking and start working on that idea for a little while. If I disregard my impulse and continue cooking, I would lose it, or more than half of it. The recalled idea after cooking and having dinner is just not the same. It’s sometimes weaker, often truncated, most of the time unusable. If I am doing something I can’t stop doing for a while, I’ll have to resign to my fate. This is why I hate when ideas come to me when I’m driving. The timing cannot be worse.

I won’t enjoy myself if I do things quickly. I can do it, but it feels like drudgery. The speed and the rush take the pleasure entirely away and leave me with nothing but a vain pride of having completed something. Actually completion has always been overrated. If one completes everything and enjoys nothing, it should be considered a failure. What’s the point of completing a book or a course one dislikes? After a while, one forgets about it completely. It often happens that one never has the chance to use any of it in one’s life. It’s such a waste of time.

I’m a slow reader. Kindle book will usually tell you how many minutes left in the chapter, but it usually takes me 10% or 15% longer. Once I read an article about speed reading and I immediately started to apply it on my book. I scanned the content quickly, tried to capture several phrases at one glance, identified the unimportant part to skip. It’s an exhausting effort, but I ended up not comprehending what I’ve read and feeling frustrated. According to the idea of reincarnation, I am thinking that I might be a tortoise or sloth in my last life–very slow in movement. This slowness has been carried over to my human incarnation. Now knowing that I am a tortoise, I want to be true to my tortoise self. Attempting speed read feels like a tortoise trying to beat a rabbit in a long distance run. That will not do. Just get real and be a tortoise. 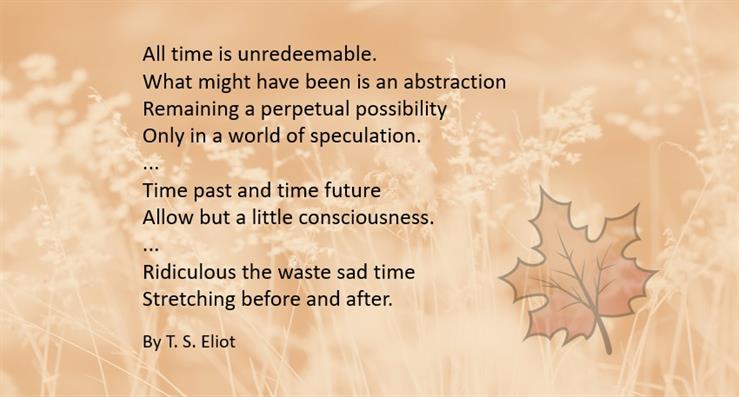 20 thoughts on “Work With Time vs. Race Against Time”