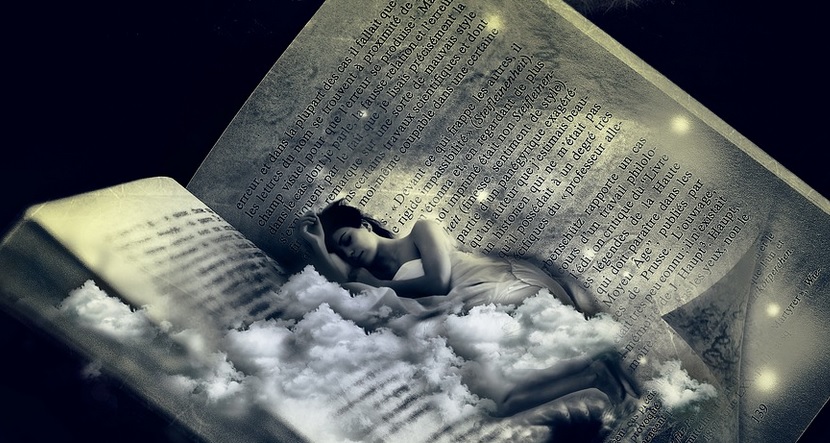 Rida has been battling her husband Mung for years, but today’s battle is more severe than any of the previous ones. Mung took out a loan of $5,000 from their insurance policy without telling her and then sent the money to his hometown in Southeast Asia to buy a burial plot for his parents and his brothers. That’s the last straw on the back of the long suffering camel named Rida. She is so enraged that she grabs a knife from the kitchen…

“When I am dead, I want to be buried back home, with my family.” That’s Mung’s defense at the time.

“Who’s going to carry your dead body to fly overseas? I am not going to do it. It’s probably illegal anyway. Wait a minute, I think I can dry and shrink your body into a small mummy and carry it in my suitcase…” She said with a deliberate malice and then she followed it with a hearty laugh.

Rita can still recall the hurt and hatred in Mung’s eyes. She didn’t know why she wanted to provoke him like that. She knew she should not do that, but she just couldn’t help herself. Now reflecting on the past, she realizes that this is Mung’s revenge–they don’t have much disposable income after all the monthly expenses. No wonder Mung would take out the cash value from the insurance policy–that’s the only money he can get his hands on.

Rita and Mung loved each other very much, at least in the beginning. They grew up together, the same city, the same school. They were both from loving families. Rita was an energetic and vivacious girl while Mung was a shy, quiet, sweet and affectionate boy. Rita’s father was actually against such a marriage, knowing that Rida’s too smart and too quick tempered for Mung, who is exactly the opposite. Rita had better options. However Mung was very sweet and he also had a cushy job obtained through his uncle’s nepotism. The young couple eventually married and had a very happy life for over ten years.

Mung had a childless grand-aunt in New York who wanted a relative or two to live with her and inherit her little house and her box of jewelry. She always loved Mung’s sweet temper and she helped the couple to immigrate. It started before the couple got married and fourteen years later, when the couple’s in their thirties, they finally flew to JFK Airport.

Mung’s command of English is limited even after years of study. His mind is not in the study anyway. He likes to hang out and to have a good time, which is the most disadvantageous trait to possess for an immigrant in America. At home, he can rely on his relatives for jobs and security, but in America, that’s no longer an option. Rida was at first surprised to discover this. For years, Mung was the person she went to whenever she had problems–Mung only needed to make a request with his relatives, paid some money, or talked to a friend, the problem was solved. That’s no longer the case. No easy solutions. Not anymore. Often Mung is more puzzled and helpless than Rida whenever a problem arises–sometimes it’s just a small issue with the telephone bill.

The only job Mung could find was in an Asian grocery store. Rida is not much better–she worked as a waitress in an Asian restaurant. They struggled. If they could continue to love each other, the struggle might not be felt so bad, but their relationship instead deteriorated. “You still don’t know how to write a check? Now give it to me.” Rida mocked Mung. “And look at this–your signature looks so childish.” Mung took it as a show of affection at first, but not for long. He soon found various ways to get back at his wife, either by refusing to help with washing dishes, or by blurting out disparaging phrases like, “that’s your woman’s view”, or simply doing whatever Rida didn’t wish him to do and taking pleasure to watch her fury afterwards.

When the grand aunt died, Mung said he had enough of working for other people and being ordered around. “My dream is to become my own boss.” He said to Rida, who agreed. They knew this or that person who ran a successful family bodega or dry cleaner or coin laundry, and they were quite convinced that all their hardship was caused by their not owning their own business.

They knew a friend who lived in Edison and the two sold their grand-aunt’s house and jewelry, and moved there. They bought a place on route 27 in Edison, New Jersey. The houses along route 27 allow a person to run a business downstairs and live in upstairs quarters.

A new eatery was opened and the two became the proud owner. However the gritty and endless work of a restaurant, no matter how small a restaurant it is, is too much for Mung, who always tries to do the least and expects to get away with it. Rida feels that she has to work for two of them and feels very bitter about it. However she doesn’t know what else they can do if they close the restaurant. What kind of business can Mung do? He doesn’t have much diligence, skills, or business acumen. Often she thinks about selling everything, but can she get a good price? Five years has passed as Rida struggles with the restaurant and with Mung. For five years, she has tried to sell the restaurant and the house, but no good price will come her way. “It would take a miracle.” Rida and Mung say to each other when the two happen to be in a period of good mood that punctuates their long span of hostility.

This latest burial plot scheme is too much for her to bear on top of everything else. She wants to teach him a lesson so that he will remember for the rest of his life that he will never make financial decisions without her consent. And Mung is thinking of the same thing at the same moment. He wants to assert his dominance–with whatever shred of dignity he has left in him–in the family and teach her a lesson.

Rida has a knife in her hand and has a stare that really frightens him. They are at the moment standing in the middle of their little restaurant–they won’t upon until 11AM and the lunch crowd hasn’t arrived yet. “You are not going to use it, are you?” Mung asks. “You bet I will. I’ve had enough of your antics and I want to teach you something that you will never forget.” Rida says and gets ready to throw herself at Mung.

Suddenly the door to the little restaurant opens and a businessman in suit emerges in front of them. “Is this a wrong time?” He says with a suave business smile, sizing up the two persons in the premise. “I can come back later if you want me to.” He says, but without any intention to leave. Obviously the two people have been or about to engage in a fight, and he somehow senses the strange vibe.

“Oh, welcome. You are our first guest of the day.” Rida says and manages to come up with a smile while hiding the knife on a nearby table.

“I am not exactly your patron, but if you want me to, I am happy to take my lunch here. I’d love to have a bowl of Pho or general Tsao’s chicken or Singapore noodle. What kind of Asian restaurant is this? Anyway, this is my business card and my name is John David. I represent New England Life, which is a major financial company that is expanding quickly in this area. Our office is next door for half a year, which I think you’ve already noticed.”

“Yes, concentrate on your own business. That’s the spirit.” John David nods his head approvingly. “I have a wonderful deal to offer you. We are thinking of expanding our office here and your house is what comes to our mind. We want to annex three houses on this street to make a bigger two-story office building for us and build a parking lot. I will offer a deal that you can not possibly refuse–double the price for which you bought it. What do you think?”

“If you triple the price, I’ll sign a deal right now.” Rida says.

“Tough business woman, aren’t you. You remind me of Michelle Yeoh. I love her Kung Fu movie, don’t you? Let’s negotiate and iron out the details. I am all ears. Tell me your wishes. May I sit here?” John David says, sits down, and opens up his briefcase.