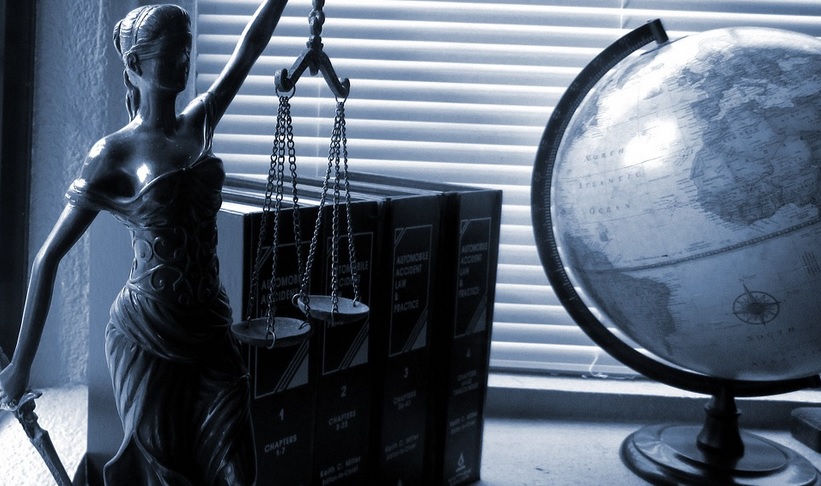 Image by jessica45 from Pixabay

“In 1969, Ted Conrad was working in Cleveland as a bank teller. He walked out on a Friday carrying $215,000, the equivalent of more than $1.7 million today. It is said Conrad was obsessed with the movie ‘The Thomas Crown Affair’, in which a millionaire robs banks for fun. After his uneventful heist, Conrad assumed a new name, got married, had a son, and lived as a friendly luxury car salesman in Boston for 52 years. Then last week at his death bed, he confessed.” Pammy reads the news aloud. She wants to practice her English, and her friend Lulan advised her to read the news for 15 minutes every day.

“How can he do such a thing? That’s a terrible thing to do. I don’t believe this. A man with a conscience should not do this.” Pammy’s husband Pan says.

“Well, bank robbers. You know.” Lulan says. Their friend Lulan and her husband are also present. Lulan does all the talking and her good-natured husband is always silent.

“What do you mean?” The two women ask in unison. “I think he should confess earlier and receive the punishment that’s due to him. Death-bed confession? That’s too late. Yes, confess earlier if he is truly sorry for his crime.”

“Well, as if that’s going to happen…A man wants to confess as late as he possibly can.” Pan says. “What I mean is that he should not have confessed. Has he ever considered his surviving wife and son? People will label them as the bank robber’s wife and kid. Their name is ruined. Also his relatives in Cleveland. Has he ever considered them? They must have gone through a hell of time 52 years ago when he disappeared. Now, 52 years later, their life is going to be dragged through the mud again. He has no conscience.”

“I beg to differ. At least he gives the world a chance to know the truth. That’s other people’s money he is stealing. The hard working regular people are being robbed left and right by all these criminals. I think he should confess. Or better still, he should be put in prison.” Pammy says. Her eyes shine with the desire for justice and revenge.

The two women end up arguing for confession, while the two men opt to protect the family name and the legacy. They talk back and forth for a while without either side getting the better of the other.

“Pan, are you hiding something from me? Are you trying to protect your family name and …” Pammy suddenly says.

“Pammy, I have no secret from you. How can I have any secret from such a detective as you?” Pan claims.

“Well, you told me many stories of your family, but I never hear a hermit, a rebel, not even a gambler. That can’t be right. You must be hiding something.” Pammy says.

“What kind of reasoning system is that? You are imagining things, Pammy. Are you saying I have to invent a crazy relative just to satisfy your curiosity? For your information, they are all honest and diligent fishermen.” Pan is annoyed and he drinks two cup of rice wine in quick succession.

Pammy slows down her voice and stares at Pan intensely. She lists each villainous word in a deliberate drawl and watches Pan’s facial expression. Suddenly she says,

“Haha, I got you. It’s a pirate, isn’t it? You wink a little bit and twitched your month imperceptibly for a fraction of a second. That’s a sure sign of…” Pammy says, half bluffing. “I mean your ancestors and relatives were all living near the sea, so many islands, so many waterways. Was he a young, brave, dangerous, handsome pirate with sun burnt skin? Was he?” Pammy says while her fingers touching Pan’s upper arm and moving upward.

“Wow, a dangerous, rebellious pirate. I love that, like ‘Pirate Of Caribbean’.” The two women fix their eyes on Pan in admiration.

“What’s going on? I don’t understand you. One minute ago you want justice–you seriously condemn this Conrad guy who walks away with a chunk of money peacefully; now you are admiring some pirates who would kill, pillage, sink ships…Women. I will never understand women.” Pan groans.

Try to get a picture of the books I am listening to, but focusing very badly.
Weird Wednesday
I bought the flower from Trader Joe's and it has grown and grown. Now the first flower comes out with such a sweet smell--only when you stay really close to it.
#song #songs #sad #saddest #sadsong #sweet #sweetsong #sweetsongs #voice #sweetvoice #sadvoice #saddestmoment #catharsis #feeling #feelings #feelingblue #feelingblues #feelingsad #Wednesday #Wednesdayvibe #songoftheday #songandpoem #songandpoems