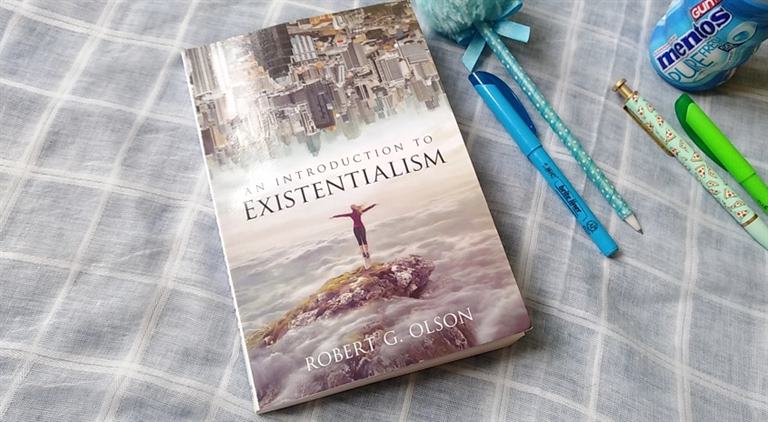 This book is so easy to read and so good that I can’t tell you how much I love it. It’s almost beyond my power of praise, just like “Notes From Underground” by Dostoevsky and “Words” by Sartre, which I love to read and hopefully to reread sometime. You don’t need any philosophical background to read this book. It is so comprehensible and so clear. Since I never really enjoy writing book reviews, I will just use the quote from the book to let it speaks for itself. The book contains the following six chapters:

The existentialist doubts the possibility of self-fulfillment through values prescribed by traditional philosophies such as those by Plato, stoics, enlightenment philosophers etc. The existentialist believes that frustration, insecurity, and painful striving are the inescapable lot of human kind, and the only life worth living is the one in which the fact is squarely faced.

(The traditional philosophers) regarded the anguish of being as a disease or aberration for which a cure should be found, but the existentialist does not see man as comfortably installed in the world–each man lives in his own world, there being as many worlds as there are individual human beings. In so far as man is conscious of his freedom, his natural and social environment will take on the character of a brute force, something contingent, absurd, alien. The consciousness or anguish of freedom is the means by which “the world” dissolves and “being-in-itself” is revealed.

The reasons and rationales of the traditional philosophies are not of interest to the existentialist. Whether abstract ideas exist or not, they are uninteresting and unimportant to the existing individual who has to make concrete decisions. What man should strive to know is the human condition. In the existentialist view what makes man go is not a set of innate drives or biological needs but free and fully conscious choices.

The existentialist cannot and does not pretend to prove that man is free by logical argument or by empirical observation. Freedom is a directly and immediately intuited fact of human existence, and the person who does not intuit it cannot be made to accept it by a process of reasoning.

According to the existentialist, the common man has defined freedom on the basis of a mistaken notion that there is a state of happiness, satisfied desire, or absence of frustration which can be achieved by fulfilling empirical desires. Man must desire in order to exist, and in the act of desiring he constitutes himself as incomplete and unfulfilled. A state of complete desire fulfillment would be equivalent to death.

Even if man could escape from the round of desire and could find pleasure or happiness in a state of total desire fulfillment, this could only be at the cost of intensity and the existentialist values.

The authentic man for Sartre is the person who undergoes a radical conversion through anguish and who assumes his freedom. To be free is to be under the necessity of transcending one’s past. Only the morally responsible man recognizes his past for what it is, recognizes that it is his past and assumes responsibility for it, while at the same time recognizing that his future is free and that at every moment he is called upon to transcend his past and to make himself a new, for the future, too, is his.

The existentialist agrees with Freud that harmonious interpersonal relationships are impossible because of the very nature of the human condition, but he almost rejoices in this impossibilities since it secures the possibility of realizing other and more important values than harmony. Sartre says that our being-for-others is every bit as fundamental as our being-for-ourselves, that the one dimension of our being has equal dignity with the other.

This last part of the book is very interesting and reading it reminds me a lot of inter-personal issues I have observed in my life and in today’s society. It is fun to read too, even more fun than the previous chapters. I am still reading this part right now.

19 thoughts on “Quote And Review–“An Introduction To Existentialism””